Why I write romance in first person dual point of view. 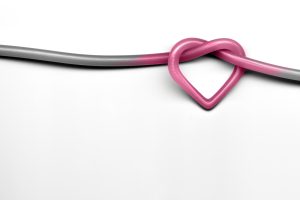 Ever since first person point of view (POV) narrative became popular again, romance readers have had strong opinions about it. Especially compared to the third person POV romances we’d become more accustomed to in recent years.

Most either love it, or hate it. It seems a smaller percentage, including myself, enjoy both. To each their own, though.

Interestingly, as a romance author, I write solely in first person, dual POV. I’ll explain why in a sec. But, before I go further, let me make sure we’re on the same page (pun fully intended) …

What, exactly, is the difference between first person and third person point of view in fiction—romance or otherwise?

Some people believe it’s defined by how many characters narrate in the story. But that isn’t the case. Even if a narrator moves from one character’s head to another, POV is dependent on whether it’s the character telling the story or a “third” person (someone who is not a character in the story and likely will never be named or acknowledged).

It is possible to have a mix of both in the same story, but it’s not typical. For a terrific example consider The Princess Bride. The intro is written in first person, then the tale itself is told in third person (with occasional interjections in first person from the narrator). It’s masterfully done, but in practice tricky as hell to pull off. But I digress.

What about single, versus dual, versus multiple points of view?

Whether in first or third person, you can have single, dual, or multiple points of view. However multiple POV is done much more rarely in third person and far more rarely in romance. Sometimes it’s referred to as “head hopping” if too many characters are featured as narrators, and unless it’s written really well can be confusing for the reader.

In the romance genre, books are most often written in either single or dual POV regardless of tense. I could see multiple POVs working well in a poly relationship story, but generally you only get distinct POVs for main characters.

Here are the top three reasons why I prefer writing romance in first person point of view:

1) Immediacy and intimacy. Depending on whether it’s written in past or present tense, it’s either like the character is telling you the story, or like you’re living it yourself along with them. So, it’s an easier way for me to put the reader right there in it.

Because my stories take place on outdoor adventures, I want my readers to smell the pine-scented mountain air, or gasp at the bracing chill of diving into the refreshing blue waters of an alpine lake. Just like my characters.

2) Seeing through both main character’s eyes. People misjudge other people’s thoughts, opinions, desires, or motives all the time. Sometimes others are thinking the exact opposite of what we believe to be the case.

By writing in the first person and including both my main characters points of view I can show this. Along with all the ways people misunderstand each other or get in their own way when it comes to finding love and happiness.

3) It lets me tap into my own experiences more easily. I write about outdoor sports I’ve done, and often I’m writing about places I’ve experienced firsthand. Many of my own adventures inspire what goes into my books.

One of the ways I bring all this to life is by closing my eyes and thinking back to my own experiences. What I smelled and tasted and saw and heard and felt. Then I translate it to my characters situations on the page. I’m not sure I could do that writing in third person.

My important mountain biking question for you toda

I love this little pond about 1.5 mi from my house

Retweet on Twitter Stacy Gold is excited to have Wild at Heart out! Retweeted

Boulder made the unfortunate decision to open West Pearl street to cars. It had been a beautiful pedestrian plaza for two years, one of the silver linings of Covid.

Next to that is what it looked like when it was alive.

“Into the forest I go, to lose my mind and find my soul”

$1.99 SALE!! “I love how this isn’t a typical’ guy rescues girl. Also the spice in this book is great, just the right amount and is written beautifully. Overall this book was an amazing read.” – Izzy S Bookshelf @AuthorStacyGold https://buff.ly/3dnTu5N #romance #outdoorromance

Stacy Gold is excited to have Wild at Heart out! @authorstacygold ·
23 Sep

Happy Friday! It’s really starting to look and feel like fall in the high country here in #Colorado. I didn’t think I was ready for summer to end, but I’m really enjoying the cooler weather. You? #MTBViews #MountainLife #RockyMountains

*~*Book Blitz*~*Title: Wild at HeartSeries: Wild Love, #1Author: Stacy Gold Publication date: May 2nd 2022Genres: Adult, Contemporary, RomanceGiveaway: www.rafflecopter.com/rafl/display/d04251235097/Synopsis:They each hit the trail solo in search of themselves...Overworked entrepreneur Jules Martinez is sick and tired of men leaving her for their exes. Determined to wipe the giant, scarlet Rfor rebound off her forehead, she kicks off a yearlong vow of celibacy with five, blissful weeks backpacking her favorite trails through Washington State. Solo.Out-of-work financial analyst Evan Davenport hasn’t been happy since camping in Scouts as a kid—before his wealthy parents and now ex-fiancé made all his major life decisions. Hoping to find joy and purpose, he buys all the latest ultralight backpacking gear, flies to Washington, and sets off alone on a weeklong speed hike through the wilderness.Mother Nature has other plans, though, and keeps shoving Evan and Jules in each other’s paths. Usually naked. When sparks fly, can they find what they’re looking for in life together instead of apart?Goodreads: www.goodreads.com/book/show/60787383-wild-at-heartPurchase:Only $1.99 for a limited time: stacygold.com/wildatheartAmazon: amzn.to/3BoEkFyB&N: www.barnesandnoble.com/w/wild-at-heart-stacy-gold/1141114368?ean=9798985646009iBooks: books.apple.com/us/book/wild-at-heart/id1612975812Kobo: www.kobo.com/ca/en/ebook/wild-at-heart-51Google Play: play.google.com/store/books/details?id=UdxiEAAAQBAJ ... See MoreSee Less